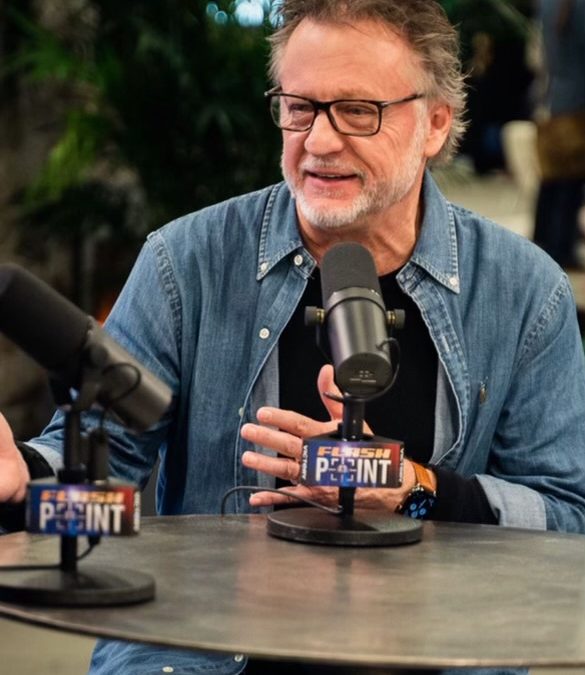 An INNER VIEW with Suzanne Niles

Ever wonder what the secret to joy is? In this month’s INNER VIEW, I talk with Suzanne Niles, Director of Relationship Development at Broadstreet Publishing and a faithful woman with years of experience in the entertainment industry as an executive producer, actress and publicist. Find out how her relationship with the Lord has impacted her life and career.

Kathleen Cooke: This month’s Influence Lab Journal focuses on JOY. Joy comes when we are confident and contented in our relationships, and specifically, our most important relationship, the one we have with God. What have you learned about the importance of a personal in-depth relationship with God?

Suzanne Niles: An intimate relationship with Christ takes personal deliberate action and faith.  Action like that which moved the woman with the issue of blood to discreetly approach Jesus believing, “If only I can touch the hem of His robe, I will be healed.” She didn’t feel she needed to present her case; she didn’t have to say a word, but she determined to have confidence in His miraculous power. She had faith, a faith certain in who He was and what He could accomplish. A faith that persevered without doubt. Make your move towards the savior… He’s more than able and He’s waiting.

Kathleen: You talked about the bleeding woman’s “confidence” in the miraculous power of God. It’s confidence that we often fail at that cripples us from being obedient and acting on God’s direction. What has God taught you about stepping out of fear, embracing His plans and moving forward in His confident arms?

Suzanne: I wished I had understood earlier in my life how to judge the inner motive of my heart and to consider my underlying reasons for my actions. So many times, we do things because we want to please others and the only one we really need to please is God. We should love, not only to have that love returned but because we are loving others for Him. We shouldn’t act to have our good deeds noticed but because we want to be His hands and feet. We should sacrifice for Him because of His great sacrifice on the cross for us. I wish I could say every moment of my life was lived solely to honor Him, but it wasn’t. Yet it has now grown to be my heart’s greatest desire.

Kathleen: Your work keeps you surrounded around influencers, accomplished artists, leaders and authors. How has that impacted your life and the choices you’ve made for your lifestyle?

Suzanne: I learned during a time of financial lack to find encouragement by focusing on my future heavenly dwelling. While others around me were building their dream homes and traveling to exotic locales, I set my eyes on the hope of the eternal dwelling Jesus has prepared for me. Now that the finances have resolved my perspective has remained with the realization that time is short and earthly possessions will not last. All that is eternal are people and what matters is where they will spend eternity. It is not about what I can gain on earth but how I boldly share the gospel with all I encounter so that they may gain heaven.  Fulfilling the great commission must be our focus.

Kathleen: I love that. It’s about others, God’s eternal Kingdom and the contentment of God’s eternal love we find in Jesus. What would you tell someone about how they can begin to take on that “sweet aroma” of Jesus’ contentment in their life?

Suzanne: We carry the life of Christ in us… let that sink in… let it amaze you and convict you. We are responsible for how we represent Christ. For a while, after I had given my heart to Jesus I backslid. I don’t ever want to walk a single step outside of God’s will again. My gracious God was waiting with open arms of forgiveness and acceptance when I was done chasing the empty wind. But what if I hadn’t repented or lived to regret my rebellion? I shudder to think where I might be now. Hold Him close and serve Him well. He is the only way, truth, and life and without Him people will perish. Let the legacy you leave be a life lived for the salvation of others to the glory of God.

Suzanne Niles has worked in different facets of the entertainment business for several decades as executive producer, actress and publicist. Director of Relationship Development at Broadstreet Publishing, she is the co-author of “Fast Friends, the Amazing Power of Friendship, Fasting and Prayer,” contributing writer on six published devotionals and enjoys pursuing new authors.  Suzanne is also part of Beautifully Flawed Productions founded by Shari Rigby with Claire Yorita Lee.