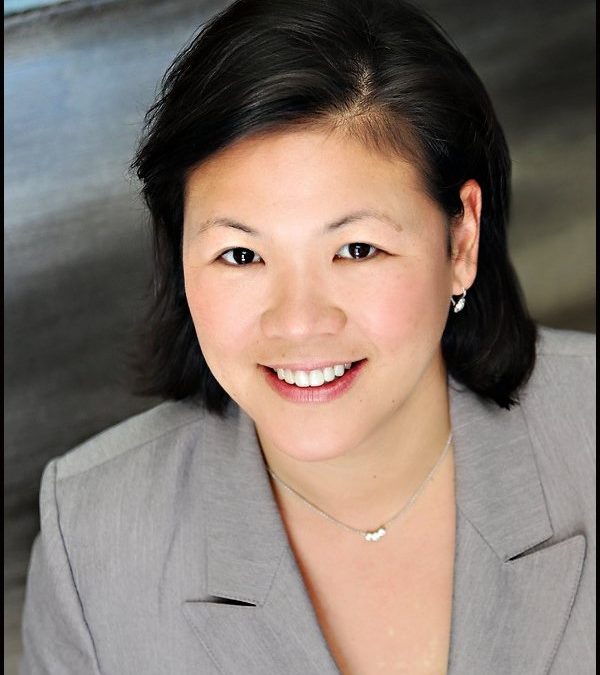 It’s our privilege to introduce the new Influence Lab Chief Operating Officer Jean Christen! Read below as Jean shares the life journey God has helped her walk, what compelled her to dive head-first into volunteering with The Influence Lab, and what’s next on the docket for mentorship programs, events and building the IN Lab community.

Kathleen Cooke: As the new COO of Influence Lab Women, can you tell us a bit about yourself?

Jean Christen: I come from a long line of determined (stubborn) but forward-thinking women. My grandmother, a Buddhist, gave my mother the freedom to choose her faith. My mother chose Catholicism, and while she took my sister and me to mass every Sunday, she refrained from baptizing us as babies and passed on the gift of religious freedom.

Through my upbringing, I knew of a distant God, a “force” that was good. I felt He cared about me, but I never wanted to bother Him when there were more important people and more significant problems that needed His attention. With my background in Eastern religion, I was more open than most to the philosophies and practices of the New Age Movement. As a result, I not only adapted various beliefs and thoughts but propagated them. My father passed away while I was in college and the depression that visited me drove me deeper into an awareness of my spiritual emptiness. Having explored every major world religion, I finally decided to give Christianity a try. With no expectations or trust in its belief system, I said the Sinner’s Prayer with abandon because I didn’t think it would affect me. I was wrong. Not long after saying that prayer, I experienced physical manifestations and a spiritual attack, but along with this attack, I also had an insatiable hunger that only the Biblical Word could satisfy. I had been ‘born again.’

I was later ‘baptized in the Spirit’ at a Catholic retreat during my first experience with Taizé prayer. As we chanted, I began to recognize the depths of my unworthiness as the recipient of His love and grace, and I wept like I’ve never wept before in my life.

I met and married my college sweetheart, who was a believer at the time when I was not. He evidently was not blessed with the gift of evangelism but had an abundance of unconditional love for me (that’s a story for another time). God blessed us with six daughters and a home in Palos Verdes (CA).

Professionally, God led me into the business world. I was head of product development and global sourcing for Thomas Kinkade, “the famous Painter of Light” and a brother in Christ. I then went into the publishing world as the managing director of gifts and children’s books for Harvest House Publishers. I needed a break from the corporate world to take care of my family and unexpectedly found myself leading several community nonprofit boards. During the COVID-19 pandemic, I felt called to enter the media/entertainment business. I initially ran away from God’s leading and calling, like Jonah. But God kept bringing me back. Within a year, I found myself working with companies like Mandeville and the Gotham Group, producing projects with Emmy-winning producers, Oscar-nominated crews, and celebrated directors. I’ve since formed my own company, 8C Entertainment, to acquire and produce content that I would want to watch with Jesus.

Jean: As a new implant in entertainment, I actively sought spiritual encouragement, inspiration, and fellowship with other believers in the industry. After vetting several “Christian” organizations, I settled on following the Hollywood Prayer Network, where I learned about The Influence Lab. I attended a couple of webinars and wrote in after the one with producer Cindy Bond. She was so encouraging and inspiring, and I got so much out of that webinar that I decided I would give more than a donation. I wrote in and offered my time and talents, too. Two months later, I got a reply from you, Kathleen Cooke, the founder herself!

You graciously offered to meet for coffee, and our delightful meeting (God’s ordained meeting) lasted well past three hours and would have gone on for hours more had I not needed to pick up my kids from school. You asked me to be the COO (Chief Operating Officer) for Influence Lab Women on the spot. I think you saw that I was a little taken aback because you said, “Jean, there have been a few times in my life where I feel God tap me on the shoulder, and this is one of them.” You didn’t know this then, but one of my life Scriptures is “judge the tree by the fruit that it bears.” As I considered that scripture in my head, your request, and the decades of good fruit you and Phil have produced in ministry, I felt a peace that was not humanly possible given my daily “to-do” list. I knew I had to come alongside you like Aaron did for Moses and hold up your arms as you lead. So, I immediately said yes. That was the Monday before my first in-person Influence Lab Women event on Friday, April 29, 2022. It’s only been a couple of months, but we have already put together exciting new programs and initiatives that I cannot wait to roll out to our Influence Lab family!

Kathleen: I am over the moon blessed with you saying yes, too! You have been such a gift and an answer to my prayer that God would bring me my “Aaron and Hur” to hold up my arms and enable me to fight the cultural battles “for such a time as this.” Moses needed a priestly hand – that was Aaron (who is also represented by Jesus in our lives), and He needed an administrative/business hand that was Hur.

I find it so beautiful and encouraging that God somehow always inserts women into the stories in the Bible. Hur is said to have been the son of Miriam, the sister to Moses and Aaron. Women wouldn’t have been allowed on the battlefields then, so I believe God sent a woman representative – her son.

Jean: Oh, my goodness, so many good things! I want first to thank everyone who took the time out of their day to complete and turn in the Member Survey. It’s because of their input that we’re finalizing our mentorship/ life coaching program; setting up personal prayer partners with our ministry partner, the Hollywood Prayer Network; selecting teachers for a 6-week Bible study program; and changing up our Friday night in-person events to Saturday brunches to give ourselves more time for fellowship and networking. The master calendar with webinars and in-person events for our Hollywood and Atlanta (soon Nashville) Chapter groups will be posted shortly.
Attention Readers: be sure to save the dates and check in regularly for updates and exciting new events! By the way, we are extending the survey collection window for those who want to share their thoughts and ideas and haven’t yet.

If you haven’t filled out our survey yet, click here to answer a few quick questions!

Have a heart for arts and entertainment, media and leadership? Let us know if you would like to get involved with The Influence Lab! We are expanding our reach and we have new roles and leadership opportunities waiting for your unique talents. The best part of volunteering is getting to serve with other like-minded women. We need to hold up each other’s arms in the challenging careers and culture we’re engaged in. I am beyond excited to uplift and build up our Influence Lab community TOGETHER!