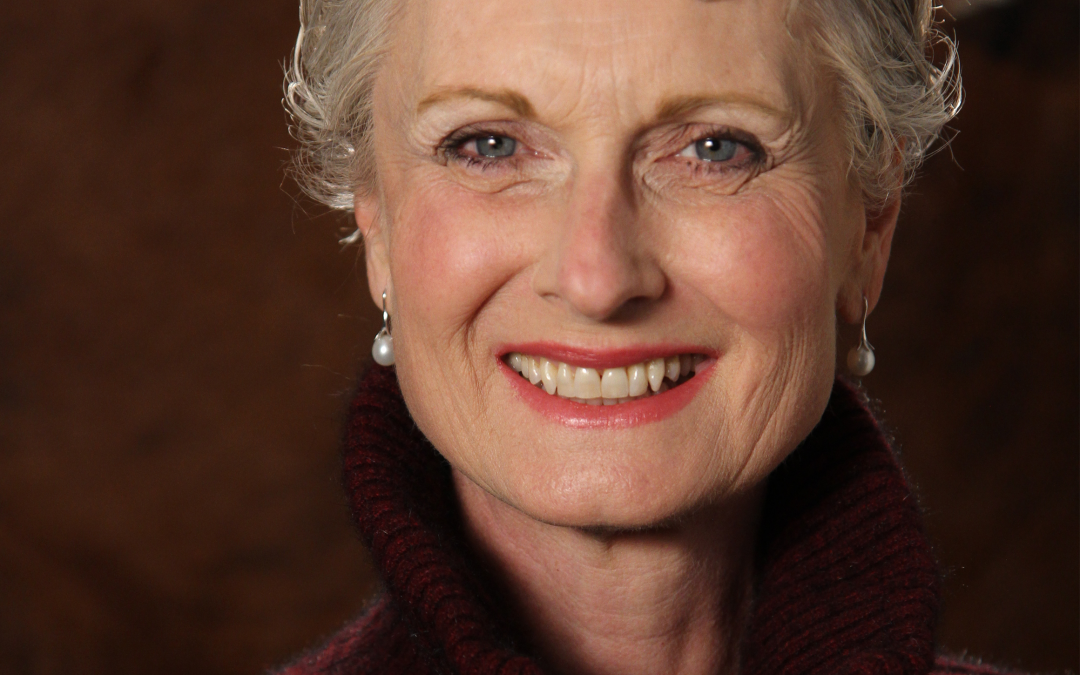 Where do we get the confidence to push forward, take risks and negotiate without fear? Is it found in us, or in something bigger than ourselves? Read this month’s INNER VIEW as author and producer Victoria Slater shares about rooting herself in the “certainty of God”.

As the daughter of an Air Force officer, Victoria Slater spent her childhood traveling the world and gaining a passion for travel and world culture. She attained a BA in Theatre with minors in Business and French from Wright State University in Ohio, but spent a few post-college years working in chemical defense research. Yet, a lifelong dream to work in the film industry egged her on to Hollywood where Victoria worked over twenty years in the industry; she was also delighted when her new career took her back to foreign lands.

She spent a year in South Africa for TransWorld Pictures as a Production Executive and Director of Development, where she oversaw and negotiated distribution deals for the production of many feature films.

Victoria also has been part of the production teams on several independent and studio feature films and television series, including Twentieth Century Fox’s disaster film Volcano, Paramount’s Star Trek VII Generations, and Baywatch. She has also produced high-end projects ranging from commercials to short videos for private resorts and members-only clubs with the boutique post-production company, Moving Pictures, co-owned with her husband, Ken.

She is a proud member of the Producers Guild of America, where she served on the Board of Directors for nine years and chaired the mentoring program for over seven years. In 2007, Victoria was awarded the prestigious AP Council Commitment Award for her service to the PGA.

Victoria published her book, How To Negotiate Without Freaking Out, to encourage women to become better and braver negotiators. She loves God, her husband, and her two very spoiled little dogs. These are her non-negotiables.

Kathleen Cooke: You had a long and significant career working in entertainment. Looking back, what is the one thing you’d say was the most significant thing God taught you about the industry?

Victoria Slater: God taught me that He is in control. I have recently been reflecting on my past efforts to promote our business or my career that yielded no fruit. Yet projects seemed to come out of “left field” (aka from God). We have been very blessed and have done well, but I can never point to my efforts for our success. Now in making efforts to promote my book, I turn to God and ask, “what should I do?” A friend reminded me of the biblical passage in Luke 5:4, where the disciples had just returned from a night of fruitless fishing.

Jesus told them to put out into the deep and let down their nets for a catch. At first they argued with Him, but then did what He told them to do and took in an abundance of fish. That is what I am trying to do now – not go on my efforts but look to God first and follow His direction.

Kathleen: If you could tell your 20-something-self something that you know now, what would you tell her?

Victoria: “Pride goeth before the fall.” I look back on many opportunities I lost because of pride. I was given an incredible opportunity early in my production career when I was sent to South Africa as a production executive. When I returned to the States, I was a bit puffed up and turned down jobs that seemed a step back but would have led to much greater experiences. I cringe when I think of my poor judgment because I was so prideful.

Kathleen: We often aren’t honest with who we are and how God has wired us. We negotiate with Him on what we want (our will) and what He wants (His will). How can we become that authentic person and accept what He has called us to be and do?

Victoria: I love Psalm 139, especially verse 14 (NIV), which says, “I will praise You because I am fearfully and wonderfully made; your works are wonderful, I know that full well.” I love people who dare to be their wonderful, unique, authentic selves. It can be hard sometimes. We are, by nature, herding animals. But I find people who are authentically themselves are the most fun to be around. So, I strive to be honest and authentic with everyone I meet. And let my unique sense of humor and intellect shine through, for “I am fearfully and wonderfully made.”

Kathleen: I love that. Especially because of the last half of that scripture, where David (the writer of Psalms) acknowledges the confidence that inward knowledge gave him. A career in media, entertainment, arts and leadership can be one of risky choices and uncertainty. Where did you find your certainty and confidence as a high-level executive making many strategic influential decisions in Hollywood?

Victoria: I was around twenty-five years old and had just broken up with my first serious relationship. We had been together for four years, and I was devastated. I was living in Dayton, Ohio working in government research on chemical defense. A friend saw how heartbroken I was and got an Air Force captain to invite me out to lunch. At that lunch, he started talking about God. God?! I didn’t want to hear about God. I wanted to be told how pretty I was. On the way back to my office, this Air Force captain asked me if I wanted to accept Jesus into my life. To this day, I can remember the feeling of standing on the edge of a precipice. If I accepted the offer, I would be jumping off a cliff. I wasn’t ready. So, I declined. Shortly after this, I was in Arizona on vacation. I was heading to California and couldn’t sleep, still upset over the breakup.

I took a walk in that arid climate and started to talk to God, and I had the overwhelming sense that He loved me and would take care of me. I accepted Christ into my life that night.

The Air Force captain will never know how much he influenced my life. You never know how God will use you to influence others. His confidence and certainty of who Jesus was in his life influenced me, and I couldn’t stop thinking of his invitation to know God personally in my life. And it’s God’s certainty living in me that still allows me to keep my confidence in Him as we continue to live in growing, uncertain times today.

Register Now for the Influence Lab Webinar with Victoria on Tuesday, August 23rd at 5:00pm PST!
The Art of Negotiation: How to Grow Your Confidence