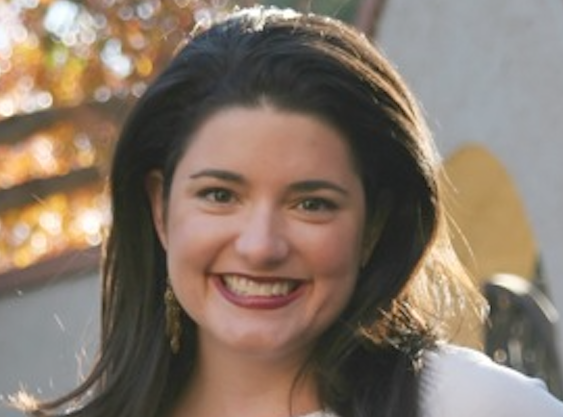 Mary Beth has dedicated her life to telling compelling stories that reveal truth and bring hope to everyone she meets. Striving to bring individual stories of redemption, hope, and truth to the world, she has produced a number of documentary and narrative-style films. Most recently Mary Beth executive produced JUMP SHOT ~ The Kenny Sailors Story, which features Steph Curry, Kevin Durant and Dirk Nowitzki and also produced Imperdonabile/UNFORGIVABLE which tells the story of Alice and Emmanuel who were on opposing sides during the 1994 Genocide against the Tutsi in Rwanda. In 2014 and 2015 Mary Beth associate produced IMBA MEANS SING and then produced RETURN TO MOGADISHU: REMEMBERING BLACK HAWK DOWN. In 2016, Mary Beth continued her passion to tell redemptive stories by associate producing MAMA RWANDA, which chronicles two Rwandan women-entrepreneurs who prevailed over extreme poverty in the shadow of genocide. She then went on to executive produce, TOWER, the story of the heroes that emerged from the 1966 shootings at the University of Texas tower and winning an Emmy for Best Historical Documentary in 2018. Mary Beth’s passion is to tell life changing stories that resonate and change the culture. It fuels her heartbeat and her guiding light is God who is the source of her every direction.

Kathleen Cooke – The media and entertainment is challenging. One must fight a battle to get something in production, battle each day on the set to make it come to life and then battle to get it seen. How have you learned to fight these endless battles?

Mary Beth Minnis – It is easy to forget that we are all engaged in a spiritual battle. Recently the Lord has reminded me of the importance of putting on the Armor of God each day. He has also reminded me that I am not in the battle alone. He has provided warriors alongside me, both men and women whose prayers are effective at deflecting the enemy’s arrows. Knowing I am not alone and being aware of the true battle I am engaged in has helped tremendously.

Kathleen – Film production is a collaborating effort of people with various personalities and skill levels. Mistakes are often made on passion projects. How have you dealt with failure and mistakes?

Mary Beth – Many of my films have a theme of forgiveness in them, but it is especially central to the story of UNFORGIVABLE. The two subjects of the documentary short walk through the reconciliation and forgiveness process in one of the most unforgivable situations, the 1994 Genocide Against the Tutsi in Rwanda. Producing this short and getting to know Alice & Emmanuel and their journeys challenges me on the deepest level. Since making the film and traveling to screen it, I have had many more circumstances arise in my life where forgiveness is needed. Alice has served as an incredible example to me and I hope to emulate her faith, humility and strength in my life and relationships.

Kathleen – Producing your recent film, JUMP, demanded a never ending schedule. What is the one thing you have learned when there is never enough time and meeting deadlines?

Mary Beth – Being a type A, driven person, it is counter to my nature to “be still” and to rest. My tendency it just to keep pushing myself. But as I have continued to work as a producer, I have found it is essential that I prioritize rest. It is a reflection of my faith. When I prioritize rest, I am demonstrating that everything is not up to me and my effort, it demonstrates that I believe the Lord is the One at work through me and He works even as I sleep!

Kathleen – God has placed you in front of influential people and in strategic places within your film career. What would you say to someone about being an influencer?

Mary Beth – I heard it once said that people may not always remember what you said to them, but they will remember how you made them feel. It rang true to me when I first heard it and it has stayed with me. As I think about the various people I interact with in the film industry, I hope that they are left with the impression that I sincerely listened to them. I hope the thing they remember from our interaction however small is that I was fully present and engaged and genuinely interested in them and what they had to say. Eugene Peterson in The Contemplative Pastor offered this question, “How many people have you listened to in Christ this week?” It is a powerful question and one of the ways we can have the greatest influence.