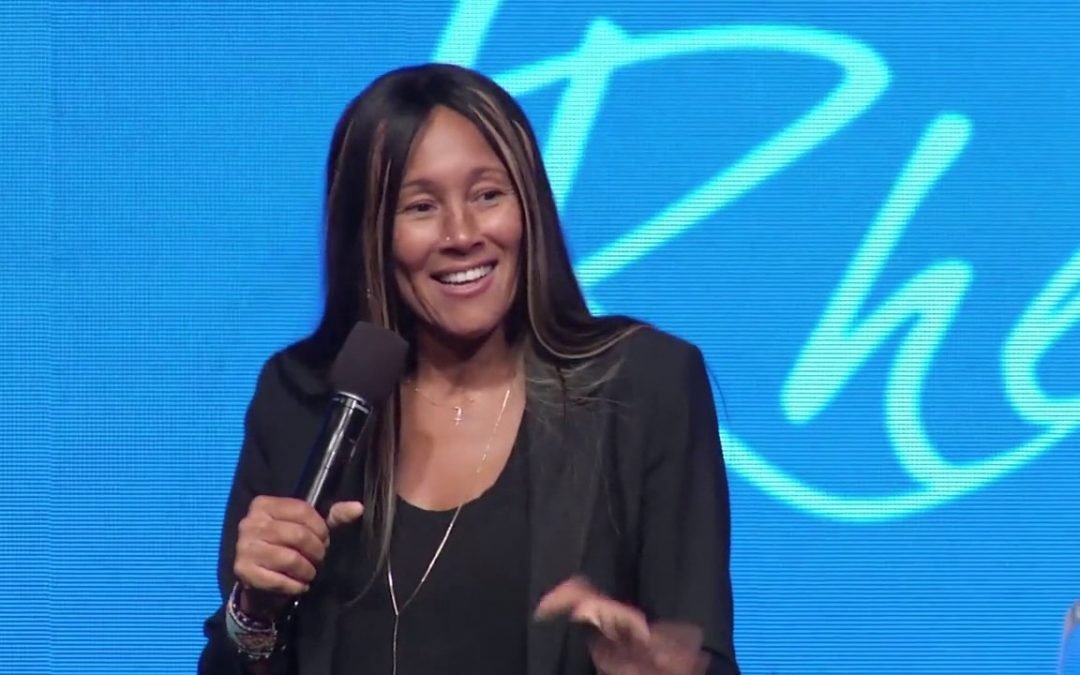 Kathleen Cooke:  You’re a TV host, world speaker, and influencer why are you passionate and vocal about the message of God’s freedom?

Cynthia Garrett: Being free doesn’t look like what the world calls free. The world says freedom is about the ability to do whatever you want. But real freedom in Christi is about doing the right thing according to the Word of God and knowing that, no matter what, your conscience is clear. What exactly do I mean? Think of the rhetoric today. Most Women would tell you that freedom is about the right to choose to do whatever you want with your body and decisions concerning your body. Sadly, what lies on the other side of this reasoning is incredible bondage, disillusionment, and pain form making choices that are not in line with God’s will for His daughters. The proof of this lies in the fact that, at some point, only sadness and regret follow abortion, pre-marital sex, or any other kind of choice we make that is not according to God’s Word.

I walk in total freedom now because I made the choice to submit to God’s Word 100%. It’s not easy. I fail sometimes. But, since my commitment is there my heart eventually lines itself up with whatever the Word is teaching me and telling me. Recently, I have been taught that the realization of your greatest potential and purpose flourishes when you walk thoroughly in the freedom that comes from submitting fully to the Word. Scripture says; The fear of the Lord is the beginning of knowledge, and only fools despise wisdom and instruction. Well, I’ve learned that even if I don’t understand what God’s Word is saying, my healthy fear of the Lord causes me to obey. From the place of obedience, He imparts His knowledge to me so that I understand the ‘why’ behind what He told me to obey in the first place. From here I experience not only freedom but joy!

Kathleen:  As women, we’ve experienced injustice at some time. Whether from some kind of sexual misconduct, inequality in the workplace, which may have included financial discrimination, or just quality of life due to health or physical issues. It’s easy to get angry-bitter. What’s God taught you about breaking injustice chains and embracing freedom in forgiveness?

Cynthia:  The greatest thing I have learned about forgiveness is the definition of what forgiveness is and what it is not. Forgiveness does not mean the person who harmed me is right and that what occurred was not wrong. Forgiveness is not a Disney movie in which I am expected to live happily ever after with someone who may have abused me or abused someone I care for.  Forgiveness is simply taking my right to judge and giving it to Jesus, trusting Him to be the judge. I never look at forgiveness as something I do for the other person. I look at it as the thing I do for myself. Jesus died for the forgiveness of my sin and I need His forgiveness daily. Because this is such an important part of who He is, I understand that it must be an important part of who I am. By walking in forgiveness of others who have hurt me, lied to me, taken advantage of me, or wronged me, I break the chains off my life that would anchor me to their past harm causing me damage over and over again. In breaking the chains of un-forgiveness, I am free to fly as high as God will take me.

Kathleen: You and your family, (singer, songwriter, actor, record producer, Lenny Kravitz is your brother) have spent years working successfully in the entertainment business, how does understanding what influence is change everything?

Cynthia: I have learned that influence is a God-given gift. It is not self-created. It is to be used for others and not for yourself. I have worked in the entertainment business for 20 years. I have learned through my own career, and the careers of friends far more famous than I, that influence is everything. It’s actually more powerful than money. I may not be rich but God has always blessed me with the ability to influence people to go the direction I want them to go. Thinking, as we are taught, that the life was about ‘me’ caused me to use my influence for myself. For many years my focus was my career, my needs my wants.

So I used the ‘tools’ of my influence for myself. Those tools looked like many things- my fun and convincing personality, the people I know, even the friends I have been blessed to have. In not understanding influence as the God given gift it really is, I used it wrongly, encouraging others to follow me incorrectly at times, or for selfish reasons at other times. My inability to understand that influence was a huge gift, wasted many years in which God could have achieved far more impart, through me, on the world around me.

Seeing missed opportunities from God’s perspective has taught me to use my God- given ability to influence others in the right way. Whether through my work choices or through my behavior publicly and privately, today, I use my ability to influence others to get them to know Christ in a real way with real benefits for their life, not mine. We are God’s hands and feet on the earth and He tells us to go influence the world because we actually can. When you begin seeking to see people and situations with God’s eyes you begin to understand and prioritize His will for them and not your will for them. This is when you become a ‘sweet and lasting’ aroma of change. This not only increases your influence with others, and on others, but it increases your confidence and your ability to live a life free of needing others and setting agendas for your needs on others. This is pure freedom! When he can trust you to make it about Him and not yourself, He can bless you in ways too numerous to mention.

Kathleen: Finally, what do you wish you had learned earlier in life?

Cynthia:  The one thing I wish I had learned much earlier in life is that it’s not enough to just believe in Jesus. You have to LIVE for him in spirit and in truth. Real abundance and victory come from making every decision according to the will of Christ. This means really knowing the Word of God for yourself, being submitted to doing whatever it says, and living however it prescribes. Period. Zero compromises should be the pursuit. Most Christians I meet today are saved… but not surrendered. I wish everyone understood the power that comes from being saved AND surrendered. You have to go all in!

Cynthia Garrett’s successful career began with hosting MTV & VH1 interviewing legendary artists, Mick Jagger, Prince, Aretha Franklin, Madonna, Elton John, Justin Timberlake and more and then going on to host numerous other entertainment network and cable TV shows. You might have seen her on lots of celebrity Red Carpet Award shows, or THE BUZZ, or Hollywood Insider, or as a guest host on NBC’s Regis Philbin and Kathy Lee Show. She is the first African American female to host a network late-night talk show, Later w/ Cynthia Garrett for NBC and is the creator of the ABC TV series Black Girls. Her writing career includes being the first celebrity columnist for InStyle magazine and a columnist for LA CONFIDENTIAL magazine and she encourages audiences to read her explosive and transparent life story in her new book Prodigal Daughter: A Journey Home To Identity

Cynthia’s a graduate of USC’s Law School, with a certificate in Comparative Law from Oxford University. She is passionate about her Christian faith, and is a sought-after international speaker and Creator, Executive Producer, & Host of TBN’s The Sessions w/ Cynthia Garrett or what she calls a “Walk-show…and not just another Talk-show.” The Sessions was birthed to bring international dialogue on relevant Christian issues affecting men and women together to engage with their faith in thoughtful conversation.