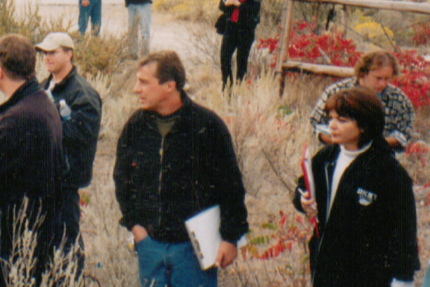 Carmi’s official title is that of a Production Designer, but she refers to herself as a visual storyteller, for Film, TV and stage. Her collective and extensive design career is credited to the many years of traveling, living and studying abroad in Europe and being exposed to many cultures and traditions. With a fine art, marketing, graphic design, architectural and textile design background, she applies those collected talents to every project and the overall “look” of the production. Carmi is also an actor which has played an integral part in her design process. She is a former member of the advisory committee for a Los Angeles college’s Multi-Media arts division and continues to lecture and mentors film students and art department personnel. Her cutting-edge and below-the-line software program, “Art of Facts” has been applauded and is due out soon in an all new platform. She is a dual citizen of both the USA and Canada, Carmi has worked on a variety of projects throughout the continent where she has exhibited her own creations of unique textile designs for fashion and home decor winning mixed media awards in Toronto. Presently, she’s been focusing her attention on developing TV scripts and a faith-based animated feature film.
Connect with her more at: carmigallo.com, Linkedin, or IMDB.com.

Kathleen Cooke: As a top production designer who has worked on many A list productions, what is the one thing that God has taught you about working on a high intensity and often stressful Hollywood set as a Christian?

Carmi Gallo: Be yourself because we were all created uniquely. Our greatest witness is how we treat others knowing that we are all works of God in progress. Sometimes it isn’t easy to deal with new people on a production set because it can be ‘fast and furious’ with a lot of pressure and no time to figure out personalities. Praying for wisdom, patience and tolerance help to bring the best out in those we work with so that creativity isn’t stifled. A simple ‘thank you’ for a good day goes a long way. I am truly grateful to all the mentors that encouraged me along the way and am reminded of this verse in the Bible that says, “For we are His workmanship, created in Christ Jesus for good works, which God prepared beforehand that we should walk in them.”  Ephesians 2:10.

Kathleen: Hollywood is a highly competitive industry and your field is particularly cut-throat How have you dealt with ambition?

Carmi: There certainly have been times of doubt and anxiousness during my life having jumped into situations without asking for guidance or overthinking situations. Like most, I planned and prepared all the right steps and covered all the bases for my personal hopes, dreams, and career.

In my early 20’s, I started working at CBC (Canadian Broadcasting Corp) based in Toronto, my hometown. I had applied to the TV graphics department having studied and worked in graphic design (all done by hand) fine arts and marketing, but God had other plans. To my dismay, the graphic’s job was filled but I was sent to see the manager in the set design department instead. I knew nothing about set design but, for some reason after they viewed my portfolio, I was hired for a 3-month probation period which ended up stretching to 5 years until I left to be a freelancer.

I worked very hard for those 5 years learning and studying as much as I could to prepare myself for freelancing, which as I experienced, didn’t guarantee full-time work. It just never occurred to me that I would be out of work at times. It wasn’t an option in my mind, but I persevered because I’m passionate about the work I do. Today, when my plans stall or get derailed, I always think back to that time and how God placed me in this industry in such an unusual way. It always reassuring to know that God does work behind the scenes – no pun intended!

Kathleen: A Hollywood career is one that can be defined as uncertain but God’s Word is certain and can be depended on. Is there one story you could share where He has proven Himself to you?

Carmi: It was the mid-80’s and our family had just lost our beloved Dad to lead poisoning which caused progressive dementia in a very short time. It was devastating. Not long after he passed, I received a call from a producer I had worked with previously to consider designing an upcoming HBO Film. It was originally a play that dealt with dementia. Hume Cronyn and Vince Gardenia both starred as residents and widowers in an upscale assisted living facility. Each was petrified that they would become a zombie type person to their friends and love ones. After reading the script I felt uncomfortable because of my dad’s situation. I phoned the producer teary-eyed to decline and explain the reasons why I had to pass on the work. He kindly suggested I think about it and to call back the next day. He felt I was the perfect candidate to design the show because I understood the fears of the characters and those of their families who were dealing with dementia. He felt I knew intimately about their changing personalities and their odd actions. Actions like putting on two different color socks, ordering room service thinking they were in a luxurious hotel or saying hello to you using your mother’s name, as well as those of their caregivers who had to label faucets with notes that say “turn off.”

I prayed hard and decided to do the show as long as I didn’t have to be around when sensitive scenes were being shot. I knew I could not deal with hearing the dialogue on the studio sets and reliving it all again. However, little by little I realized it was actually helping me bring closure to my grief and to put things into perspective. I realized that all those things I had observed with my Dad allowed me to share with audiences visually in some small way and give honor to him. I knew too that the film would ultimately help others recognize the beginning signs of someone’s deteriorating mental capacity and more importantly, help those people who suffer when dealing with people who don’t recognize them anymore. Taking on the film, in the end, made me stronger for my family and I felt was actually a gift God gave me. One of my go to verses then and still today is, Philippians 4:13, “I can do all things through Christ who strengthens me.”

Kathleen: We can get sidelined with work and personal responsibilities and forget that God wants us to know Him intimately and share His love with others. Why is that so important to remember when working on a Hollywood set?

Carmi: It is clear to me that God wants to send us to where He wants us to be a blessing for His glory no matter how many times we hesitate. I have often wondered if God really cares about the scripts we work on, or if the scripts we are given to work on are actually catalysts for us to go where He wants us to be which is close to Himself. Many years ago I remember getting offers to work on scripts that contained content that I hesitated working on so I would turn them down. Now, it’s not easy sometimes when we, as women, are used to being responsible organizers and life managers to others who depend on us. Turning down work is challenging when you are a freelancer because you never know how long it will be before you will get another offer. Looking back now, I can see that some shows I worked on were definitely a catalyst for God’s plans. It is humbling to see how He drops us into places for our good and not because of our talents or skills. It was an important lesson for me to learn.

Several years ago, I was being offered one thriller/horror film after another and I was hesitant to be involved on any level. Finally, after the 3rd offer came in, I gave in and signed up. Little did I know that this particular show was orchestrated by God to open doors for me and to pave the way for divine connections. Connections I couldn’t see at the time because of my hesitation and even fear. I ended up meeting and working with a group of wonderful Christians who treated me like family, which is a plus when you are thrown into unknown locations and don’t know anyone. We ended up attending church together and ministering to extras, actors and other crew members on the set. God showed me that you just never know who is struggling silently but, when we are engaged with Him, He leads us to those like-minded people and where He can use us. I was able to share and bring the light of God into many lives and never imagined that God was trying to send me on a mission all those times when I had said no. You see, “God has not given us a spirit of fear but of power and of love and of a sound mind.” 2 Timothy 1:7. Be the best you can be with your work whatever that may be and go wherever God’s called you to go boldly, but don’t forget to be the light and love of Jesus.