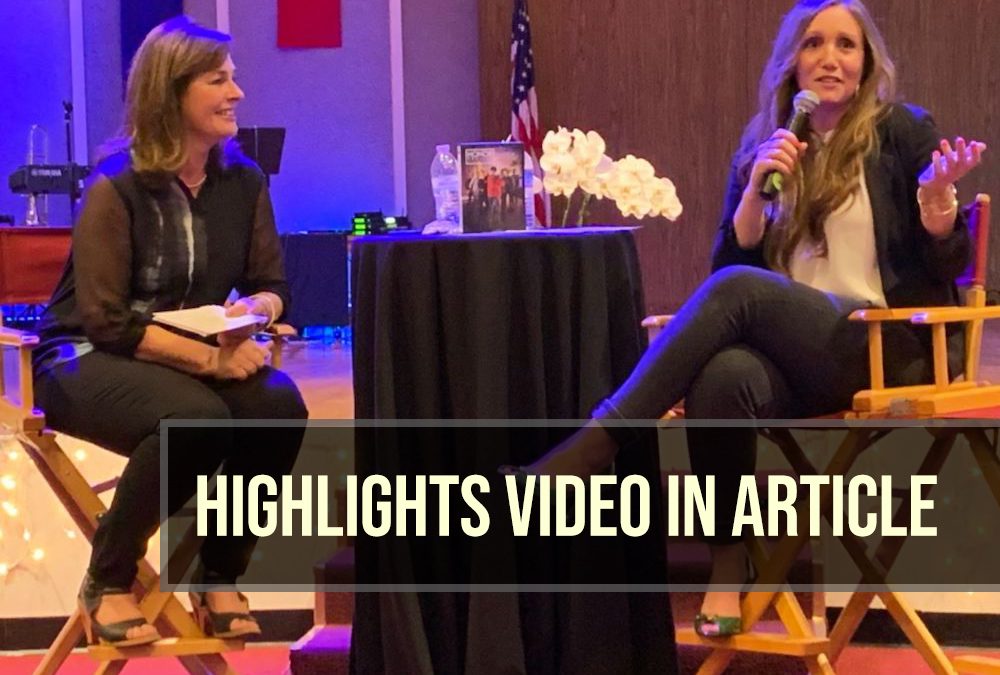 Influence Women from LA and many from around the United States came together to listen to cultural issues, grow in wisdom, and give of themselves for Influence Evening at the Hollywood Salvation Army Corps on September 23th, 2019.

This Hollywood location basecamp for those who are homeless and suffering brought Hollywood industry women face to face with the endless need and help that the Salvation Army endeavors to meet. IN Women came early to help feed and pray for the over 400 (mostly 15 to 25-year-olds) men and women living on the street in this film and celebrity capitol who show up twice a week for a meal, prayer and encouragement.

Influence Women then continued later that night with conversations and connections in the beautifully renovated theater lobby of the Salvation Army. Lieutenants Fredy and Michelle Miranda graciously assisted in hosting the Influence Lab Women’s Gathering and opened the evenings event with prayer and conversation on the ongoing work the Salvation Army Western Territory does in Hollywood.

We then were blessed with showcasing and discussing Emily Hibard’s documentary film, The Honor Project. Emily is a business leader, writer, producer/director and Founder of Idle Tuesday’s Recording Studio. With the culture’s resurgent of the women’s movement and its attention to the social media movements of #MeToo and #WeToo in recent years, we have forgotten that men aren’t all evil and unjust. As Christians we are called to be instruments of courageous forgiveness and to bring unity whenever possible (Romans 12). Emily’s first ever documentary film encouraged those attending to pay attention to the culture’s conversation, to be peacemakers and not always peacekeepers, but to choose to be a conveyor of God’s love even when hate and distain is central. Her connection and involvement with The Influence Lab helped to spark and complete this project and we were inspired and challenged with how this powerful film has changed lives.

Simon Swart, CEO of Nthibah Pictures, formally EVP and General Manager with Twentieth Centry Fox Home Entertainment, joined Kathleen on stage with publicist, producer and senior advisor to Joel Osteen, Jackelyn Iloff. These two Christian producers and leaders have joined together to form the South Coast Alliance. They presented their recent project, I am All Girls, for its premier LA unveiling. This edgy but powerful film based on true events tells the story of an investigator who forms an unlikely bond with a serial killer to bring down a global child sex trafficking syndicate. After showing the extra long trailer, Kathleen discussed with Simon and Jackelyn their involvement and the ongoing battle to fight the devastation of lives that runs rampant both globally and within the U.S. by the sex trade industry. Hope is being brought through this movie and prayer was offered up to bring God’s army, both on earth and in heaven to continue to battle this evil and destruction.

Kathleen then shared with those attending the story and life changing work of two historic women of influence, Catherine (wife of Salvation Army Founder, William Booth), and Evangeline (daughter, U.S Commander, and 4th General of the global Salvation Army) Booth. Their lives still mentor and inspire all as they courageously chose to walk into the mire of life and bring Hope to others without discrimination. They were women who worked and assisted tirelessly with those who were caught in poverty, challenged with chaotic events and the many destructive and evil issues of our broken world. Their legacy continues to encourage us today to do the same with the talents and skills we have been blessed with, and to do the work God has placed before us as leaders in media and entertainment.

Finally, because IN Women believe that prayer and Bible reading is essential in our lives, the evening ended as IN Women gathered to pray with and for each other in prayer circles.

Don’t miss the next Influence Evening!

Look for the announcement of the next upcoming event and sign up for the bi-monthly journal in the Influence Women’s Journal.